China Vanke takes to The Stage

China Vanke is to make its debut European investment by buying a stake of just over 20% in the £750m The Stage development in Shoreditch, EC2. 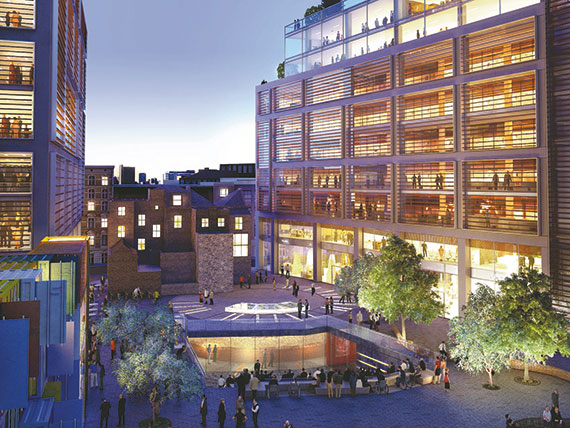 China Vanke is to make its debut European investment by buying a stake of just over 20% in the £750m The Stage development in Shoreditch, EC2.

Vanke established a London office at the start of the year, hiring Lily Lin from UBS as its UK managing director. It has been targeting mixed-use and residential development opportunities in central London of around £40m.

The 2.3-acre site of The Stage was bought by Cain Hoy and Galliard in March for close to £150m from the Bard family. Vanke is understood to have paid more than £30m for its stake.

The joint venture partners are understood to have previously held separate discussions with Oxford Properties and Tishman Speyer on a deal that would have seen them forward-purchase the 257,252 sq ft of offices at the scheme. However, a deal with Vanke across the whole project ultimately proved more appealing.

The deal will allow the consortium to utilise Vanke’s development expertise and experience as well as provide valuable avenues to other Asian capital and occupiers.

Vanke is the fourth-largest owner of real estate in the world and last year built 150,000 homes in mainland China – more than were completed in the whole of the UK.

Prior to the Vanke deal, Cain Hoy and McCourt Global jointly owned 80% of the scheme, with Galliard owning 20%. Investec also owns a negligible equity position and is a major funder of the scheme, having provided a £100m loan to the partners in June.

The stakeholders have all sold 20% of their respective positions to Vanke, which will fund its portion of the cost of building out The Stage.

The Stage also comprises a 40-storey tower with 385 flats and is home to the 16th-century Curtain Theatre – the first stage on which Romeo and Juliet was performed. It incorporates the theatre’s remains, including the original sheep-knuckle floor. The Stage will include a new tourist attraction celebrating William Shakespeare.