Towns and cities that offer fast rail links into the capital yet relatively affordable homes are seeing some of the fastest growth in house prices, according to Hometrack analysis. 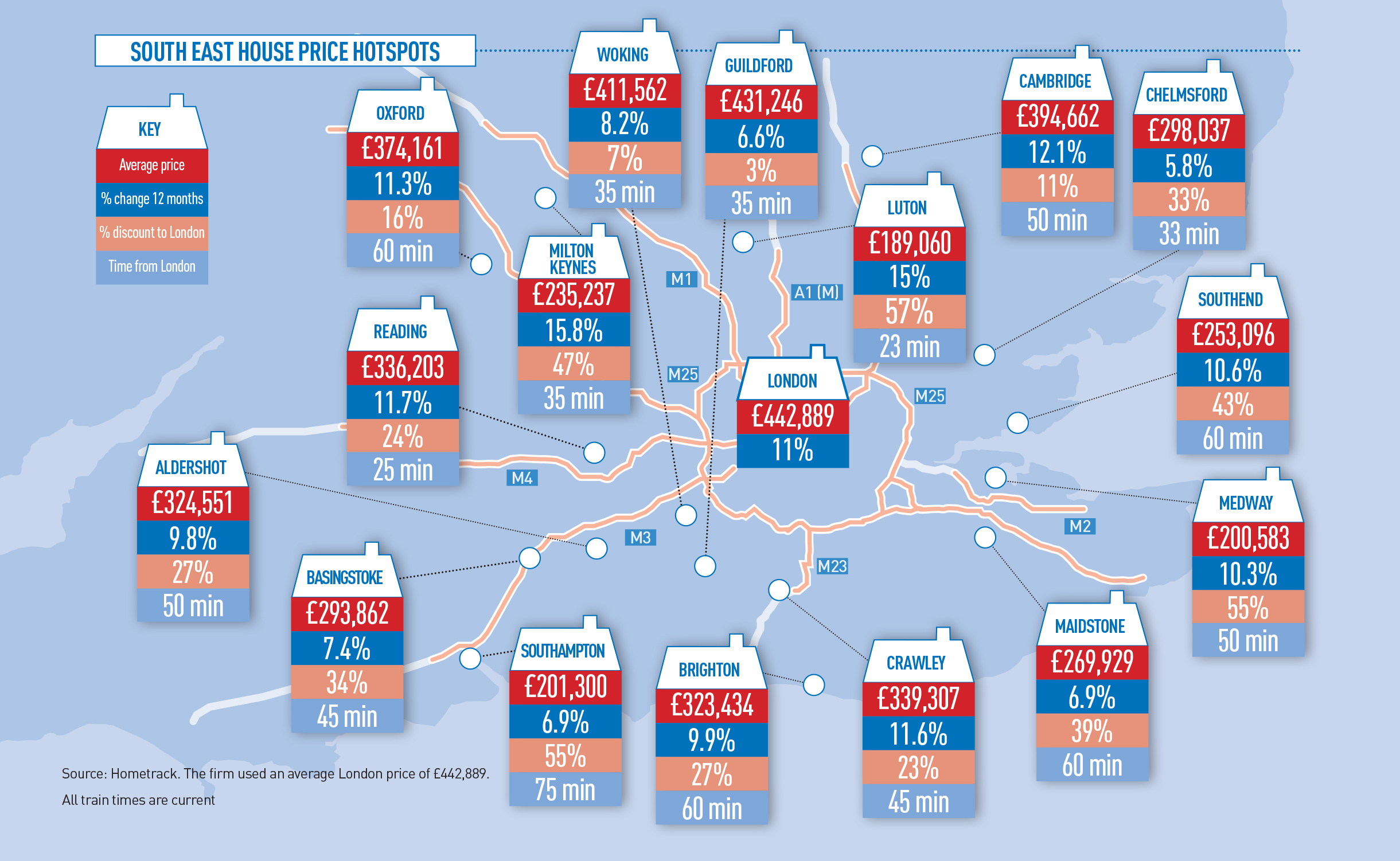 With the average price of a London home hovering around the £500,000 mark, looming interest rate rises and continuing mortgage regulation mean more house buyers are looking outside the capital for affordably priced homes.

As a result, forecasts from the big agents predict the South East and East of England were set to see the highest house price growth among the UK regions over the next five years.

And while certain towns and cities in the South East have already seen a high growth in values owing to their affirmed status as desirable residential locations – Cambridge and Guildford, for example – others are now reporting growth because of their relative cheapness and speed of commute to London.

According to Hometrack, Milton Keynes and Luton have seen the highest house price growth of any regional town or city in the South East over the past year, at 15.8% and 15% respectively.

Both remain affordable compared with London – average prices stand at discounts of 47% and 57% respectively. And both, because of their rail connections, can also boast a commute into London of less than 40 minutes.

Reading also featured in the top five, and while its average house price was only 24% less than London’s, the town’s 25-minute commute helped prices rise by a further 11.7%.

As affordability issues in London continue to drive buyers outside the capital, other areas in the South and South East could come online, though there is a trade-off between price and travel times.