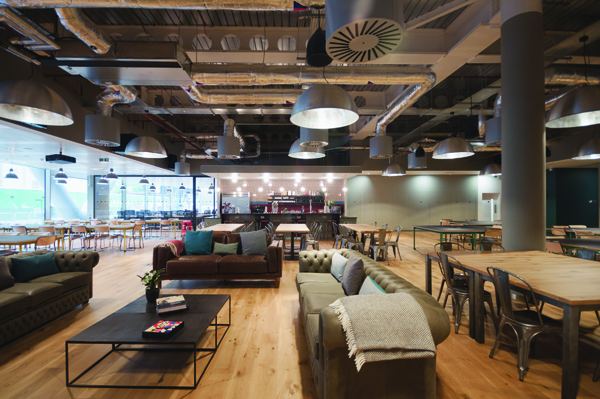 The latest deals bring WeWork’s London portfolio to around 1m sq ft, which includes 400,000 sq ft of operational locations and a further 600,000 sq ft of space under offer or recently signed but not yet open.

It has also begun initial discussions in London about extending its residential arm WeLive, to Europe.

The first WeLive locations, which will offer “co-living” micro-flats, are expected to launch in the US later this year.

The company’s initial focus in London is expected to be on fringe areas, given the sky-high residential values in the core.

It has also exchanged contracts with the Prudential to lease around 100,000 sq ft at 3 Waterhouse Square, EC1, where it will take occupation in phases as space becomes available.

A rent of around £55 per sq ft has been agreed.

The company is also under offer to lease around 45,000 sq ft from Canary Wharf Group on the top three floors of 7 Westferry Circus, E14 – its first push into the Docklands market.

The latest deals came as WeWork formally launched its largest location in the world last week at Moor Place, EC2.

The 160,000 sq ft facility opened in phases, starting this summer, and is on track to hit full occupancy by the end of the year.

The opening of the final floor of the building was marked by a launch party hosted by founder Adam Neumann, who visited London as part of a multi-stop European trip last week as the company starts to focus its expansion on the Continent.

WeWork has already opened its first location in the Netherlands and is under offer on a trio of sites in Berlin, including a 75,000 sq ft deal at Potsdamer Platz which Moor Place landlord Brookfield bought for €1.5bn (£1bn) this summer.

The deal highlights WeWork’s preference for working in partnership with landlords, which is likely to become more pronounced as its portfolio expands.

The company is now in talks with developers pre-construction as it seeks to secure bespoke facilities.

Other cities being targeted include Paris and Dublin.